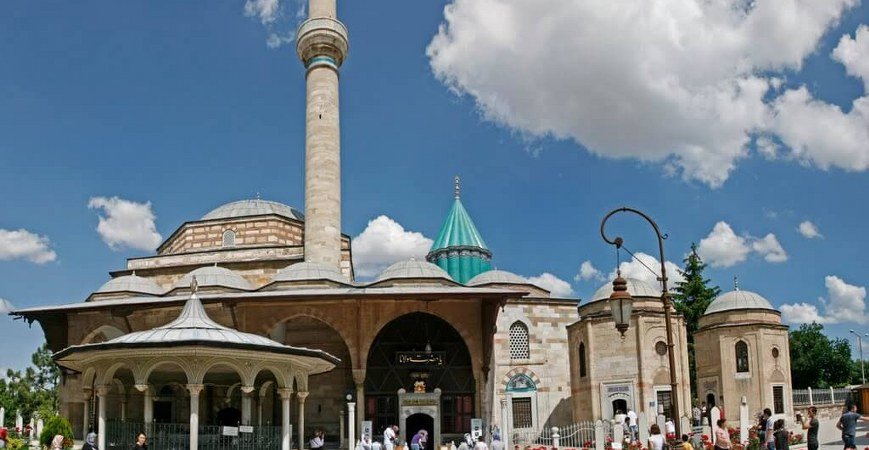 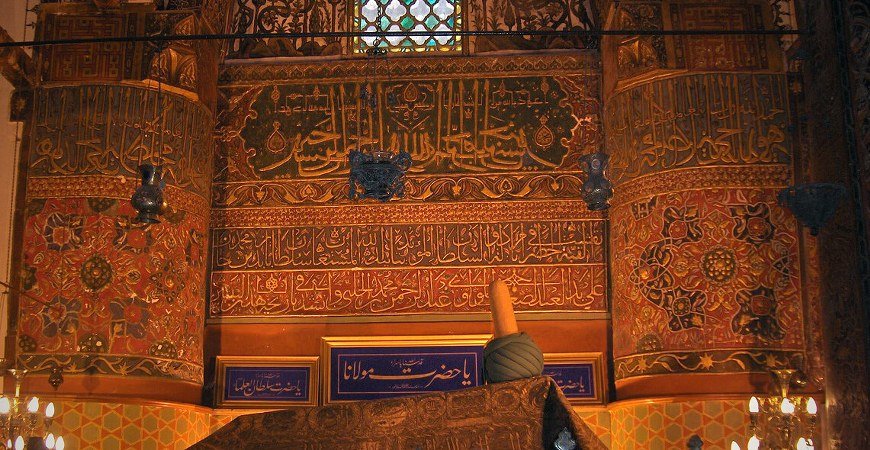 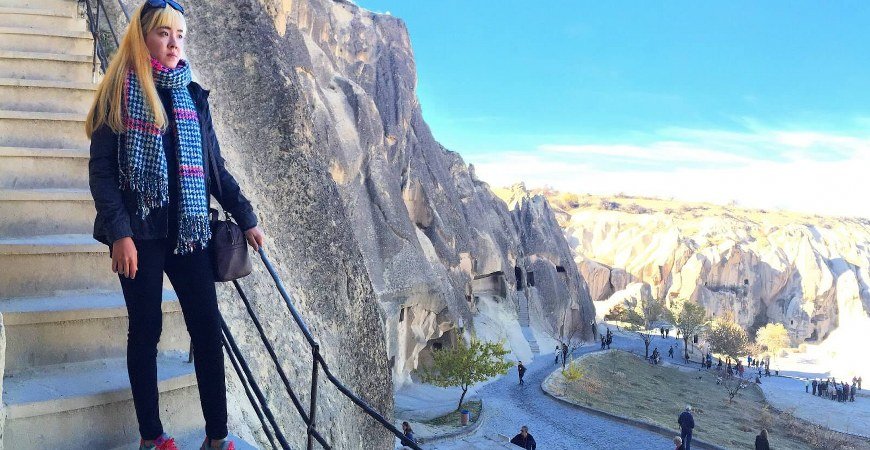 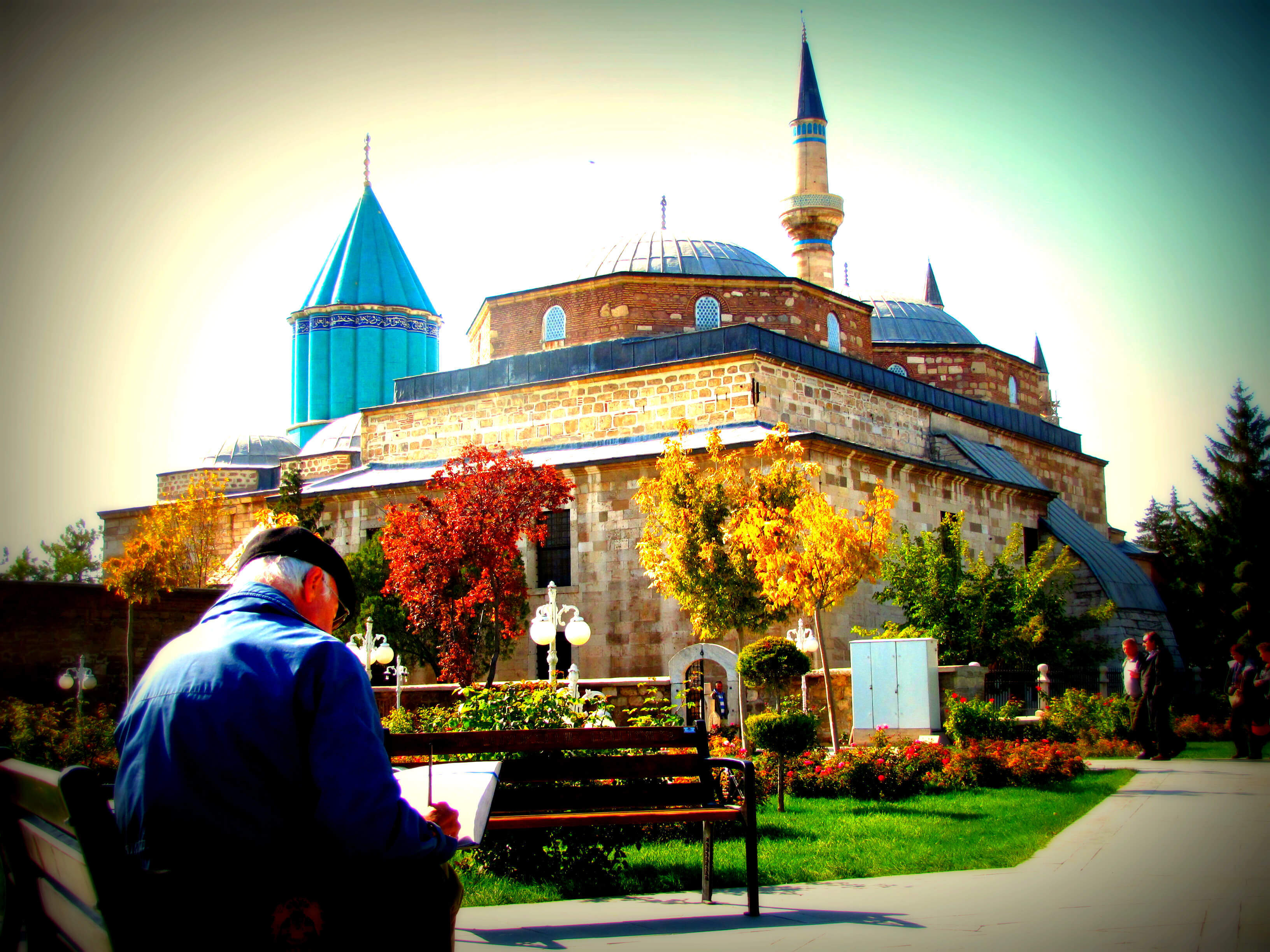 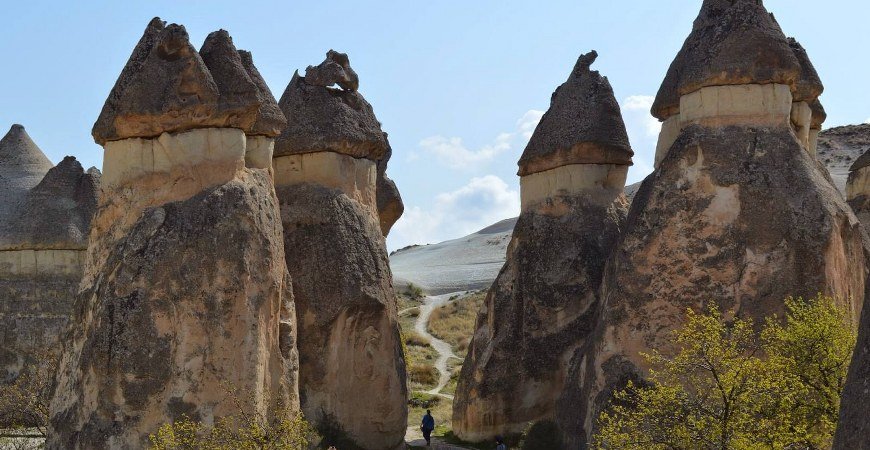 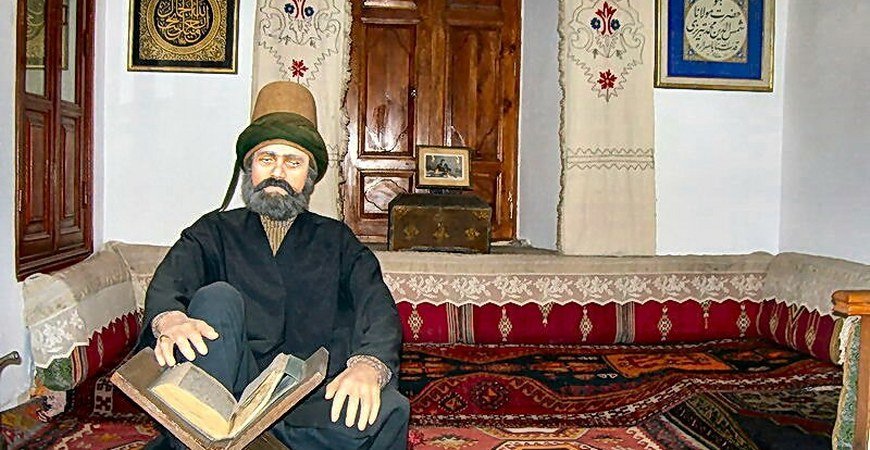 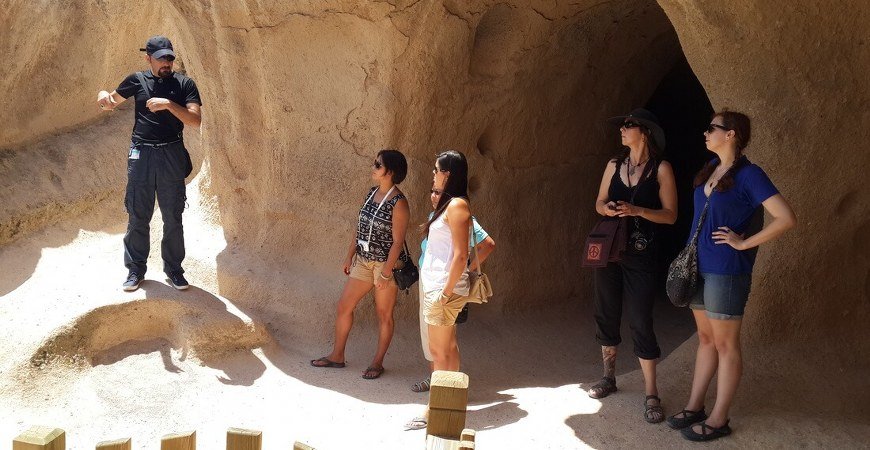 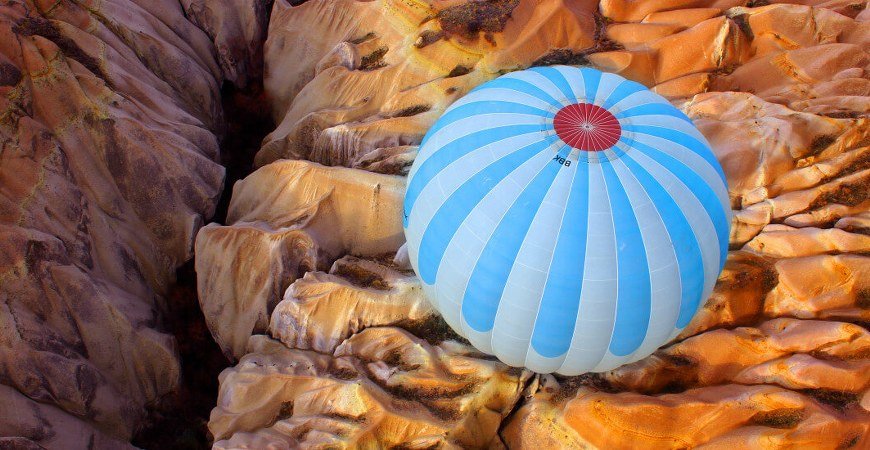 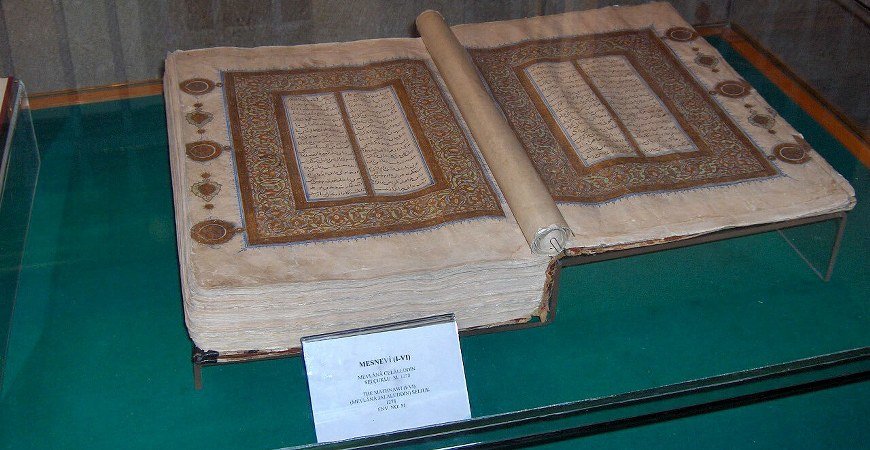 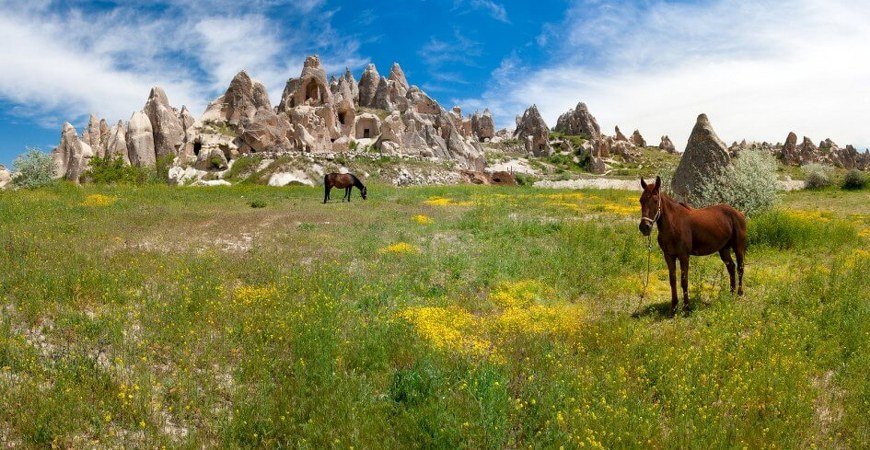 Day 1: Flight to Kayseri/Nevsehir from Istanbul & Fully Guided North Cappadocia Tour
05:00 – You will be collected from your hotel in Istanbul and transferred to airport fro your flight to Cappadocia.
(The pickup time can change according to your hotel and season)
07:00 – Flight from Istanbul to Cappadocia
(Flight departure time may change according to season and availability)
08:05 – Arrival to Cappadocia airport. Our travel team will pick you up with your name sign at the airport and transferred to Cappadocia. In Cappadocia, you are going to meet your professional local tour guide to begin your fully guided tour of North Cappadocia.
North of Cappadocia Tour
Your guided tour is starting with a visit to the Devrent Valley to see the unique ‘fairy chimneys‘ in Cappadocia zone. Our next stop will be Pasbaglari. You will visit the Pasabag and Monk’s Valley to see the mushroom-shaped pinnacles. After that visit, we are going to drive to famous Avanos town. Avanos will be also our lunch stop. We will have lunch at the local restaurant. After our lunch, you are going to visit the beautiful Goreme Open Air Museum where the remains of rock-cut churches and Christian settlements date back hundreds of years. Finally towards the end of the south of Cappadocia day tour before returning to your hotel, you are going to visit the natural famous Uchisar Castle. Nest stop will be your hotel. You will be transferred to your hotel in Cappadocia for check-in. Overnight in Cappadocia.

Day 2: Fully Guided South Cappadocia Tour
You will have breakfast at hotel & Check out from the hotel in Cappadocia.
09:30 – You will be collected right from your hotel by our travel team for fully guided South of Cappadocia sightseeing tour.
South of Cappadocia Tour
Meet with your local tour guide and your tourist guide will brief you on the day’s activities. Our tour will begin with a visit to the Red Valley where you will be able to discover the famous rock-cut churches and hike approximately 5 km through the Gulludere Rose Valley. Our next visiting point will be Cavusin Village. Cavusin village is very famous for its houses and churches of the Christian Clergymen. We will take a break for lunch at the local restaurant around noon. After the lunch drive to Pigeon Valley and after the visiting pigeon valley, continue to drive to the one of the most famous Kaymakli Underground City. You will visit the Kaymakli Underground City. The Christians hid from the armies of Rome and the raids of hostile tribes in these self-sufficient cities in which there were halls for stocks of crop, rooms, kitchens, barns, & ventilation channels. This will be the end of your south of Cappadocia day tour.
At the end of the tour, transfer you back to the hotel. Overnight in Cappadocia.

Day 3: Public Bus Transfer from Cappadocia to Konya & Guided Konya Tour
After the breakfast & check out from the hotel.
09:00 am – Our travel team will collect you right from the hotel for your public bus to Konya. You will arrive in Konya around noon time and pick up from the bus station then transfer to center of Konya. You will have lunch at the local restaurant.
Fully Guided Konya Tour
Your Konya day tour starts by visiting the Mevlana Museum, where is located in Konya City Center. Today, it is the mausoleum of Jalal Ad-Din Muhammad Rumi, a Sufi mystic also known as Mevlâna or Rumi. It was also using the dervish lodge (tekke) of the Mevlevi order, better known as the Whirling Dervishes. You are going to visit all available section in Mevlana Museum such as tombs, Tilavet Chamber (Quran Reading And Chanting), Semâ-Hâne (Ritual Hall), Matbah (Kitchen). We will continue the tour by visiting Selimiye Mosque. Selimiye mosque is located next door to Mevlana Museum. The mosque was commissioned by and named for, Sultan Selim II (1566-74) in the Ottoman style. Construction began in 1558 when Selim was still a prince and was completed shortly after he became sultan of Ottoman Empire, in 1567. Afterward, you will have lunch at the local restaurant. After having our lunch you are going to do panoramic Meram tour. Then continue to visit Tavusbaba Tomb of belongs to Seyh Tavus Mehmet El-Hindi, a Seljuk Period holy man (Sufi saint) near the Meram area. After visiting these places we go to Karatay Madrasah. Karatay Madrasah was usually founded and maintained by the sultan, princes and other nobles as well as the Wakf, who could afford to meet the expenses needed for free education to students. The Madrassa continued to be one of the main venues of education in the Muslim World under the Ottoman Caliphate until 1924 when Ataturk’s’ law of 16 March 1924 abolished it in favor of modern schools and universities. With our tour continue to visit the Ince Minaret Madrasa which dates from the 13th century. Originally a madrasa, an Islamic school, it is now a museum of wood and stone carving. It is named for its elegant tiled minaret. The minaret was originally much taller than the section that survives today and had an unusually slender appearance in comparison to the minarets of other contemporary Seljuk mosques, hence the name of the structure. Our last stop will be Alaaddin Mosque. Alaaddin Mosque which was built up on the hill is still surviving intact with its impressive beauty. The construction of the oldest and the biggest mosque of the period of Anatolia Seljuk in Konya was begun in the time of Seljuk Sultan Rukneddin Mesut I (1116-1156), was continued at the time of Kılıçarslan II and was completed in 1221, during the time of Alaaddin Keykubat. At the end of the tour, transfer to hotel. Overnight in Konya.

2-Day Cappadocia Tour from Istanbul
From: 279 € 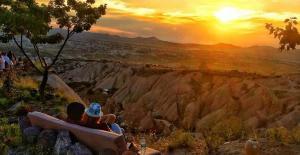 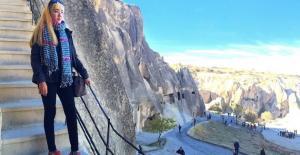 Istanbul to Cappadocia Bus Tour
From: 169 €