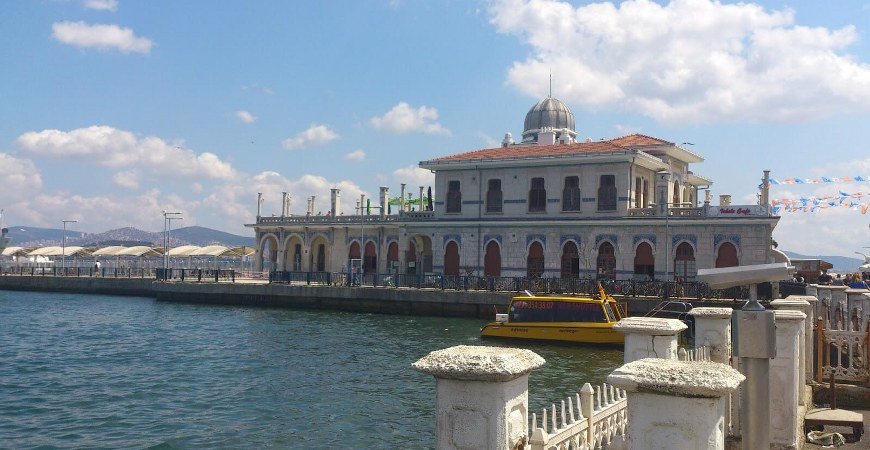 Istanbul Day Trip to 3 Islands in the Marmara Sea

Three Islands Day Tour in the Marmara Sea From Istanbul

We will collect you from your hotel in Istanbul and join the group, drive to the harbor to embark the boat. Meet with our local tour guide and start to sail in the Marmara Sea until Princess Islands. Our fist stop will be Kinali Island. We will explore the Kinali Island and continue to Heybeli Island. After the visiting Heybeli Island, continue to Grand Island (Buyuk Ada). While you are exploring each Island, our professional local tour guide will be accompanied you and you will have enough time to discover the each island. You will enjoy with the horse-drawn carriage among the pine trees. We stop on a bay by dropping anchor close to one these Island for swimming. Our boat has sea stairs and you can easily come back to the boat after you jump into water of Marmara sea. At the end of the excursion program, sail back to Istanbul. You will be picked up from the pier and transfer to your hotels.

Brief Info about three Islands:
Kinali Island: Named “henna’d” (kinali) after its red soil, Kinali is the smallest island of Istanbul. It is about 1.3 square km (130 hectares, 321 acres).Ottoman Greeks called it Proti, and they and their Armenian neighbors built Ottoman-Victorian summer villas on the island, many of which survive along with several churches.
Grand Island (Buyuk Ada): Buyukada, it is called in English Big Island is the largest island among the Princes’ Islands in the Marmara Sea. It covers an area of 5.4 km², and the distance of the island to the nearest Maltepe shore is 2.3 km. Big Island was used as an exile destination and as a monastery region during the Byzantine Christian period. The island was also used to exile the close relatives of kings and statesmen who might have threatened their political power. Furthermore, the island was also used as a prison for those who opposed the ones in power. One of the oldest structures on the island was a convent used for the exile of the Byzantine empress and for clergymen who lived in seclusion; however, this structure has not made it to the present day. Undoubtedly, one of the most interesting exiles to the convent, named Kadınlar Manastırı, was the Byzantine empresses, Irene, who had the monastery built.
Heybeli Island: Heybeli (“saddlebag”) island, Triyadais the second-largest island in Istanbul. It is 2.35 square km (235 hectares, 581 acres).The Turkish Naval Academy (to the left of the ferry dock) and, between the hills, Triada (Haghia Triada, Holy Trinity) Monastery is located in Heybeli Island. 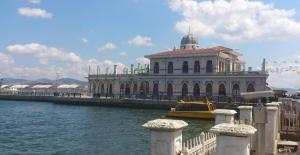