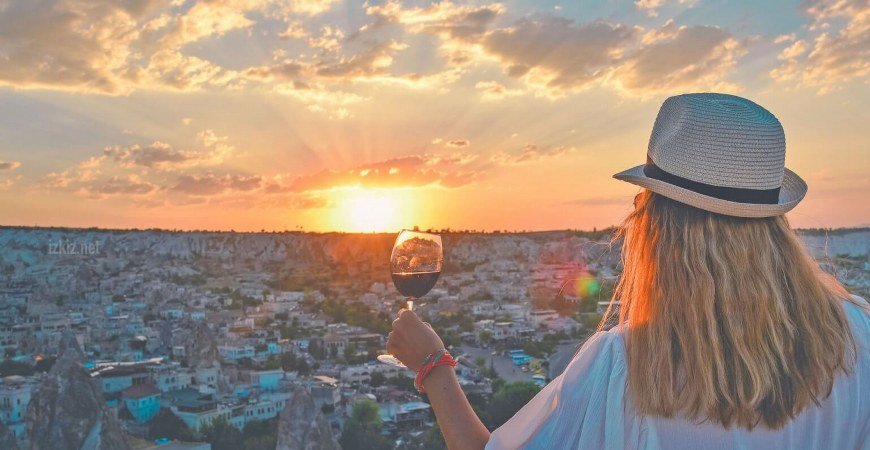 Nevsehir is a town (pop. 30.200) in Central Anatolia in the Kizilirmak valley and is situated (altitude 1250 m) on the slopes of Kahveci Mountain. Its history goes back to an age long before the birth of Christ. It used to be called Nyssa and then Mushkara. The Hittites who lived in the period 2000-1200 B.C. in the region to the north of Kizilirmak, spread then beyond the natural boundaries formed by the river. After the collapse of the Hittite kingdom, Nevsehir came alternately under the protection of the Assyrians and the Phrygians. In 546 B.C. the Persian emperor Cyrus took Nevsehir and the rest of Anatolia was soon conquered. With the defeat in 33 B.C. by Alexander the Great of the Persian Empire, all of this territory was added to his empire. Later, the Cappadocian Kingdom, already in possession of Nigde and Mazaka (Kayseri) as its capital, took also Ne4ehir. In the 1st century B.C. Nevsehir fell under Roman hegemony, which was followed by that of Byzantines. And it is from the Byzantine period that the largest number of historical monuments (rock churches, underground shelters) have survived to our days. In the early years of Christianity, converts to this new religion took refuge and continued their missionary work secretly in approximately hundred underground shelters and temples at Derinkuyu, Kaymakli, Golcuk, Dogala and Tirhan. After the recognition of Christianity by Constantine in 313, these underground caverns were used solely as shelters during the invasions of the Sasanids and the Arabs.
In later years, when these caves had lost their importance as places of refuge, hundreds of churches were built in the rocks at Goreme, Saganli, and lhlara. Stories from the Bible were used to decorate the interior of these churches.
After the defeat of the Byzantine emperor Roman Diogenes by Alparslan at Malazgirt (Manzikert), Nevsehir fell in Seljukid hands. A later Seljuk sultan, Kilij Arslan II, divided his domain among his eleven sons; Nevsehir fell to his son Mesut, who lost it to his brother ROkneddin in 1204.After the total downfall of the Seljukid empire in 1308, the Ilhanids took Nevsehir. Their rule was followed by that of the Karamanli and Dulkadir principalities and finally by the Ottomans when Yavuz Sultan Selim out an end to the Deilkadirogullan rule. In the XVII century Damat Ibrahim Pasha became both the Sultan’s son-in-law and his Grand Vizier. He had almost the whole town rebuilt and called it Nevsehir (New Town). The inns, public baths, medreses and the very interesting Kurshunlu Mosque all date from Ibrahim Pasha’s time. In 1954 it ceased to be part of the province of NiOde and became a province itself. Apart from the unique underground cities, “fair chimneys”, rock churches, underground monasteries and old caravanserais, Nevsehir is also known for its carpets and wines.