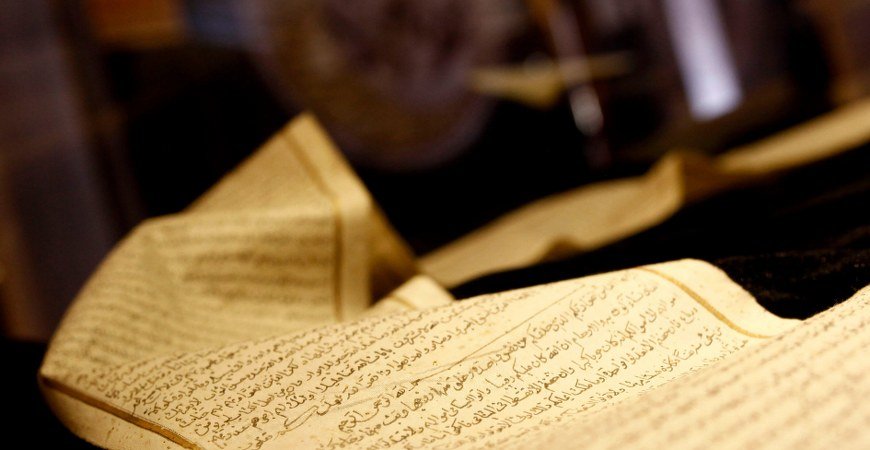 Calligraphy has a very important place among traditional Turkish arts. These calligraphers poured all their creative power and skill into their writing, just as an artist does, and turned the writing itself into an inseparable element in the Turkish art of decoration. What could artists do in an age when the representation of living creatures was forbidden almost completely by religious law. They put all their heart into decoration, at the same time discovering several new techniques by which they developed the art of decoration. Thus writing became an aesthetic form of art which reached perfection in the hands of master calligraphers. The art of calligraphy developed in the Anatolian Seljuk period with the styles of Cufic, Sulus and Nesih writing. The varieties increased with the coming of the Ottomans to include Reyhani, Divani, Ta’lik, Rik’a, and Siyakat. Great calligraphers arose who created new styles of writing, and established schools in their own techniques. Among these was Seyh Hamdullah in the fifteenth century, Ahmed Karahisari in the sixteenth century, and the well-known calligrapher Hafiz Osman in the seventeenth century, who were the first links in the chain of great calligraphers. The books and inscriptions written by Hafiz Osman are valued by all in whose possession they are found, his works taking pride of place in every library in the world having one of these masterpieces of calligraphy. Hafiz Osman was born in Istanbul in 1642, the child of a poor family. If by chance Koprulu Fazil Mustafa Pasha had not seen his calligraphic book while he was still a student, who knows what this talented child may have become. Mustafa Pasha took charge of the child and sent him to be taught by the greatest master calligraphers of the period, Dervish Ali and Suyolcuzade Mustafa Efendi. In their hands, Hafiz Osman not only learned to write beautifully but also learned the Koran by heart.
You can find more details about The Calligrapher Hafiz Osman And His Works in Chapter 2.