Whirling Dervish Show starts at 19:00 pm at the Cultural Centre of Sufi Show. Our guests need to be ready at the Cultural Centre at 18:30 pm. Our guests will be welcomed by our staff at the reception and your seat will be shown you because of the place are limited and everybody who as a reservation, according to reservation numbers you will have your seats. Sema ritual is 800 years old tradition and included in The UNESCO’s INTANGIBLE WORLD HERITAGE LIST since 2005. The Sema ritual starts with the classical Turkish Sufi music concert performed by a traditional orchestra for 15 minutes. Then after Whirling Dervish show starts and lasts about one hour under the amazing lighting and mystic atmosphere of Hodjapasha. Complimentary beverages and Turkish Delight service are available before the performance.

A brief information about whirling dervishes:
The name Mevlana Celaleddin-i Rumi stands for Love and ecstatic flight into the infinite. Rumi is one of the great spiritual masters and poetical geniuses of mankind and was the founder of the Mevlevi Sufi order, a leading mystical brotherhood of Islam. Rumi was born on 30 September 1207 in Balkh in present day Afghanistan to a family of learned theologians. Escaping the Mongol invasion and destruction, Rumi and his family traveled extensively in the Muslim lands, performed pilgrimage to Mecca and finally settled in Konya, Anatolia, then part of Seljuk Empire. When his father Bahaduddin Valad passed away, Rumi succeeded his father in 1231 as the professor of religious sciences. Rumi 24 years old, was an already accomplished scholar in religious and positive sciences.The Mevlevi brotherhood is founded completely on love and tolerance. He died on 17 December 1273 in Konya in present day Turkey. He was laid to rest beside his father and over his remains, a splendid shrine was erected. The 13th century Mevlana Mausoleum with its mosque, dance hall, dervish living quarters, school and tombs of some leaders of the Mevlevi Order continues to this day to draw pilgrims from all parts of the Muslim and non-Muslim world.

Please be ready at the performing place 30 munites before starting program.
Children under 7 years old are not allowed. 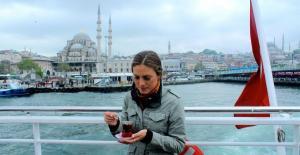 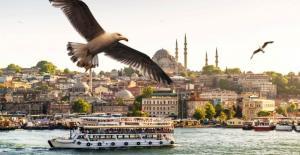 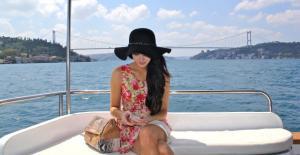 Bosphorus Lunch Cruise in Istanbul
From: 40 € 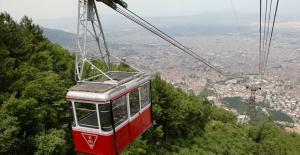