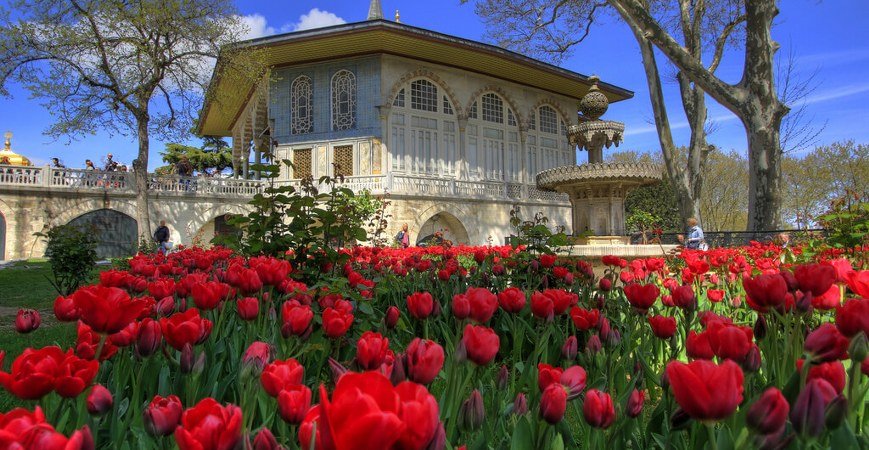 The Austrian historian Hammer tells the following story about one of the Sultan’s campaigns: Sultan Suleyman was crossing the Hungarian plains. The plains were covered from one end to the other with vineyards and it was a vintage season. It was hot and the army was ordered to form single lines and cross through the vineyards without crushing a single grape, without doing any damage at all. The units proceeded in single file while the villagers who owned vineyards and who had fled to the hills around in fear watched the progress of this magnificent army in anxiety and surprise. Towards noon the trumpeters began to play. This was the order for an hour’s rest when everyone would open their packs and eat. Their mouths were dry with thirst. They picked the swinging bunches of large juicy grapes and ate them with their dry bread. An hour later the trumpet sounded again to indicate that the break was over. The villagers watching from the hills were very upset. What use would their vineyards be after such a huge army had passed through them? But when they descended after the army had passed, they found that not a single shoot or leaf had been damaged, and that where bunches of grapes had been picked purses of shining gold coins had been tied on the vines in payment, according to the current price for grapes, so as not to commit any sin even while on campaign, and bring down the curses of the poor upon them. Hammer writes this anecdote as an example of how Sultan Suleyman the Law Giver brought justice to Europe and to illustrate the extent of the discipline of his army. The shield of such a period, decorated with flowers of many colors, is certainly a work of art… There are other shields similar to this one in Topkapi Palace Museum. dated at the 16th century from the classic carnation and tulip motifs upon them. In later centuries with the rise of firearms the use of the shield diminished. Those of artistic value have been preserved until the present day in the Palace Treasury.